Having multiple trade association certifications is common for manufacturers in the precast concrete industry. However, it’s rare to find a producer certified by both the National Precast Concrete Association and the Architectural Precast Association – only two companies share both certifications. This is just one of many achievements that has helped NPCA producer and certified member Olympian Precast in Redmond, Wash., break away from the architectural precast pack. Olympian Precast is a family-operated company manufacturing and selling architectural precast concrete products. Owner Clarke Jewell said the company began in the midst of a stressful time for his family. In the 1920s, Jewell’s maternal great-grandfather, Leo Swartz, started a cast stone company called Pacific Stone Co. and later changed the name to Olympian Stone Co. He hired his son-in-law, Ralph Robinson (Jewell’s maternal grandfather) to work with him. In 1965, the company expanded and moved to Redmond. There they purchased land and equipment from Greystone Prestress and built a new facility. In the 1970s, Jewell’s father, Kevin, who previously worked at General Electric in Chicago, also joined the family business. In 1980, the company built a second facility in San Diego to meet demands. However, in 1986, due to some unfortunate circumstances, Olympian Stone went under.

“I only remember it causing a lot of strife in the family and it definitely was a stressful time for my dad,” Jewell said. “I do, however, clearly remember my mom asking, ‘What are we going to do now?’” In 1987, his parents answered that question by buying the Olympian Stone’s assets from the bank and establishing Olympian Precast. Kevin was the technical arm of the company, while Jewell’s mother, Judy, managed human resources, finances, and government regulations and relationships. Jewell said his parents kept Olympian in the company’s name for family historical reasons. Even portions of the company’s logo – such as the gothic columns and roof – are borrowed from Olympian Stone to keep family traditions alive.

He went to college to design cars, but realized possibility of working overseas did not interest him. After graduation, he worked in the steel fabrication business for a few years. While Jewell was searching for a new challenge, his father suggested he work for the family business. 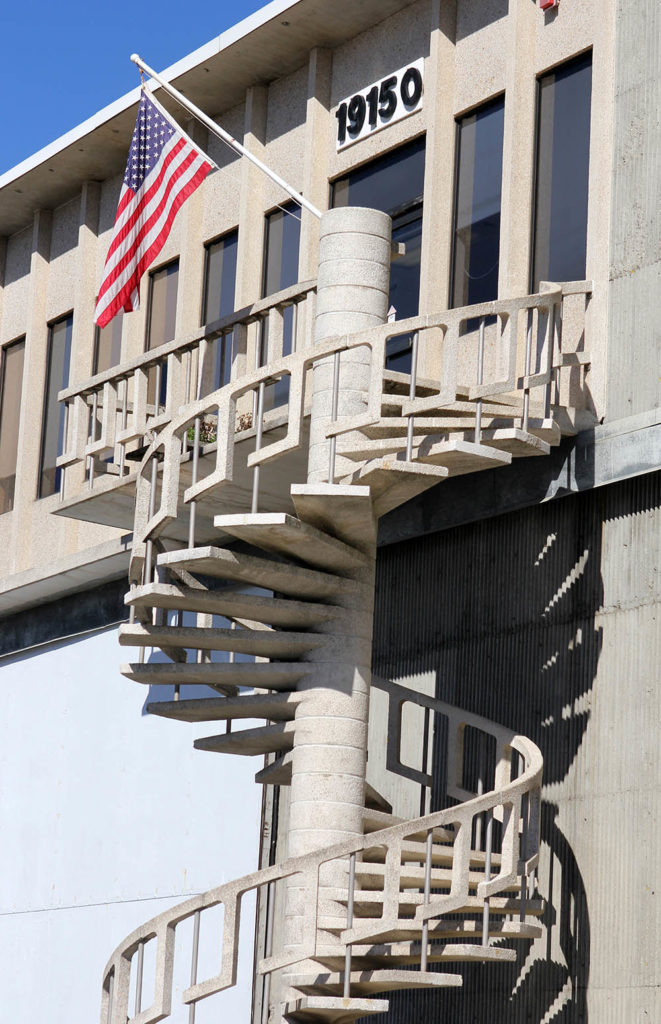 “We hired a consultant to help the company and I understand if this move was a good fit,” Jewell said. “Eventually, I did come on board in 1999, but as anyone who has worked with family would understand, we had our challenges.”

In 2003, a succession plan was set into motion to transition ownership, but it took many years before it actually occurred in 2014. Jewell said it’s still new for him to be the owner, but he sees the company headed in a positive direction.

“The Seattle and Portland (Ore.) markets are good,” Jewell said. “I also have a great staff. They all have their individual strengths and work well together.”

Jewell stays focused on choosing the right projects, not just on growth for the sake of growth. The company currently employs 39, including his father, who provides help where needed and is a great mentor for him and the staff.

While business is great today, Olympian faced trying times during The Great Recession, which marked one of the lowest points in the company’s history. In 2009, the architectural precast concrete market completely dried up, making it difficult for the company to find work.

The company survived on stair tread, window sill and wall cap projects, but needed to seek larger-size alternative work, which at the time meant going after department of transportation projects. Obtaining NPCA certification not only helped Olympian secure DOT work, but also made the company more competitive in bidding custom projects during the downturn. Today, certification advantages are still at play as DOT projects in the area are now shifting to architectural work.

“Working with DOTs, I’ve noticed they have very specific ways in which they want things done and NPCA has helped us to be prepared for all requirements,” Jewell said.

Walls and walls of wall panels

The company’s largest wall panel job in the past decade was for a high-rise apartment building in Seattle called The Olivian. It was a negotiated project, meaning the company had bid preference with developer and contractor The Hanover Co. Olympian helped architect Carrier Johnson with design and connection input and manufactured about 66,000 square feet of exterior precast wall panels. For a job this size, production cast about 300-500 square feet each day and approximately 1,200 panels in all. The self-consolidating concrete mix design included a locally available aggregate rock and sand with a white and gray cement blend and integral pigment.

“It was a fun project to work on,” Jewell said. “The developer’s team consisted of people who we were already familiar with in the industry. They were easy to work with.”

“We complete a handful of parking garages with architectural precast panels a year,” Jewell said. “With land at a premium in Seattle, we have been seeing more parking garages added where only surface parking might have been in the past.”

The company has also recently worked in Seattle on several commercial business building projects. Seattle has recently been a hotbed of building activity due to expansions from technology companies like Amazon, Google and Facebook. Olympian is working with contractor BN Builders on one commercial building project, 400 Dexter, scheduled for completion in January 2017. The company negotiated work to start production early on 400 Dexter and to help develop the project drawings. Approximately 400 wall panels will be manufactured for the building, which will be located near the South Lake Union neighborhood. The precast will have two mix designs, including a yellow crushed marble with white cement and a locally available aggregate with gray cement. Both colors will receive an acid-etch finish.

Jewell said another key achievement and difference between Olympian and other architectural precasters is its use of SCC. Ninety-five percent of the company’s products are manufactured using SCC, with the exception being structural stair projects. The company’s production team discovered that if the mix is poured against a board before the mold, splash rings are eliminated from the finished product. The simple fix slows down the pouring process, giving a cleaner, higher quality look. He said while this efficiency has worked for them, other architectural precasters have found it challenging to use SCC due to aggregate segregation. A best practice Jewell credits to NPCA is how the company manages its washout operations. Long before many plants in the region were required to have an environmental plan, Olympian captured all washout and acid-etch finishing water in a catch basin, which is then pumped into a treatment tank. The water is treated to a neutral pH before being released into the sanitary sewer. Because the plant sits on top of the Redmond aquifer, it’s a priority to keep the area’s main water source clean from chemicals. All work is done under a permit from the Washington State Department of Ecology.

“The City of Redmond has more stringent environmental requirements than the department of ecology, so we have been working with the city to maintain drinking water standards,” Jewell said. “From a producer standpoint, we look at reducing waste of any sort as a good thing.”

Seattle and Portland are considered sustainability-conscious cities. Most projects Olympian works on are LEED certified, meaning all materials manufactured and shipped are within a 500-mile radius. Jewell said this is easy for them to achieve because all of the company’s aggregate, cement and reinforcement is shipped to them from pacific northwest-based plants.

A roller system is used for turning and moving product to minimize damage to the architectural finish. (NPCA file photo)

One of the company’s biggest achievements was earning a 100% on its NPCA audit in 2015. Jewell said the news was a shock at first because architectural precasters do things a bit differently, but he sees the award as proof of the quality work the production crew and staff continue to achieve daily.

“High quality is what we try to maintain every day and we start by building it directly into the form,” Jewell said.

He said since NPCA’s focus on certification is different from APA’s, it has raised the company’s awareness and quality standards and given Olympian a competitive advantage. NPCA’s involvement has been nothing but positive for the company, and the plan is to remain long-time members.